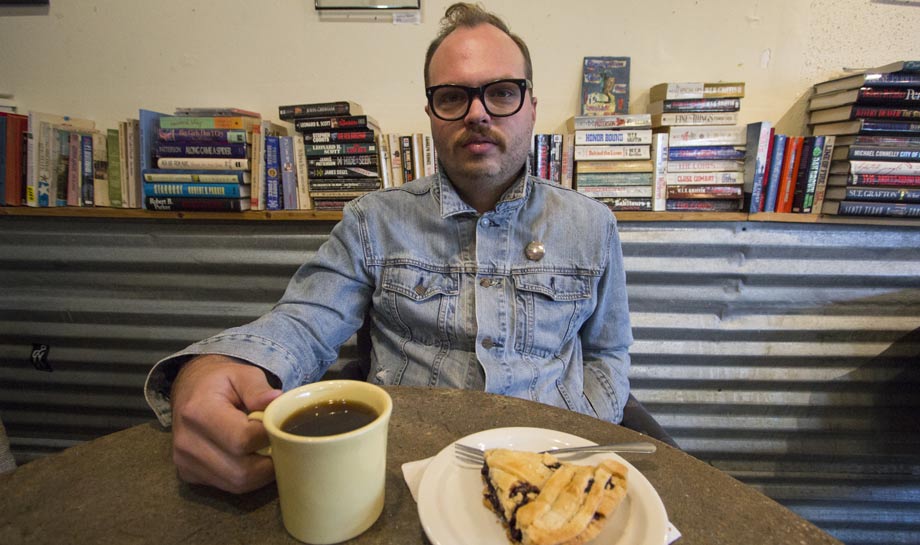 I was born 34 years ago in Oxford, Mississippi, to a sawmill father and a church piano playing mother. One taught me how to work and the other how to sing, and I try to do both as much as possible. Maybe the work isn’t as backbreaking as it was for me when I was younger and maybe the songs have changed, but I learned a lot in those day about what it takes to keep going, to not give up. I learned how to sing when my soul was down. Now I find that I just can’t quit.

My first performances were in church. I was raised very religious, as most of us in Mississippi are, and church was regular as clockwork — twice every Sunday, once every Wednesday night. But our church was a bit different than others. We had a full band. Piano, drums, bass, electric guitar. We had a cheap Peavey PA and we played loud. People would dance and run around and fall on the floor. The whole thing. This was the beginning of the evangelical movement and, as faulted and ignorant as this culture has grown to be, at this time in my life it gave me a medium for musical expression that I hold to this day. And for that I will not fault it.

By the end of my high school days I’d added drums, bass and guitar to my repertoire and was experimenting in songwriting and cassette deck home recording. I had also left the church behind and became involved in the punk music scene.

My first stab at a band was with hardcore punk music. My friends and I would play DIY music spaces, bars, VFW halls and coffee shops–wherever we were welcomed. Although that band only lasted a few years, the early 2000s Memphis DIY punk community framed much of the philosophy about music that I still hold true today.

In 2003 I met Matt Arbogast (The Gunshy, Sleep Recordings) and he helped me release my first solo album, The Story Never Told (2004) and took me on tour with him. I spent the next five years living cheap, touring often and writing songs. I self-released more albums — The Magnolia State (2006), Bad Man Blues (2007), The Cowboy (2007), Galilee (2009) and Honeymoon/Blackbird (2011) — most of which are out of print or stored in boxes in my attic next to the Christmas decorations.

A little road worn and down, I took some time off in 2009 and 2010 and finished up a college degree I had long put aside. I read as many books as I could get my hands on. I took some poetry and fiction classes, trying to learn to write better.

In 2011, I got together with a touring buddy named Justin Kinkel-Schuster and formed the band Water Liars.

Our first album as Water Liars, Phantom Limb, was released in 2012 on Misra Records. I recorded, produced and performed on this album in my home studio. Folks like NPR, Vice, and Spin wrote kindly of it. Then in 2013, we signed with Big Legal Mess/Fat Possum records and released our sophomore album, Wyoming. More folks, including The New York Times, Spin, Mtv, American Songwriter and CMJ wrote kindly of Wyoming. In 2014, we released our third album, Water Liars. We tour often and have done shows with the likes of Drive-By Truckers, Angel Olsen, Felice Brothers, Mountain Goats and others.

Though I primarily make a living touring, writing and recording with Water Liars, on January 27, 2015, I’ll be releasing my sixth album as a solo artist. It’s called This Is The Life and it’s a record I’m very excited to share with you. Like my previous records, I recorded the album in my home studio. I played everything on the record too with the exception of bass guitar (played by my dear friend Matt Patton of Drive-By Truckers) and steel guitar (played by my new friend Kell Kellum).

I feel very fortunate. I don’t have to work at the sawmill anymore with my dad when I’m not on tour. My back doesn’t hurt like it used to. I am not basking in riches of any sort, but the lights are on and I had a decent lunch before writing this. I have learned to find the joy in these small things. I have learned to do what I have to in order to keep my energy up, because I love what I do and I want to keep doing it for as long as I can.