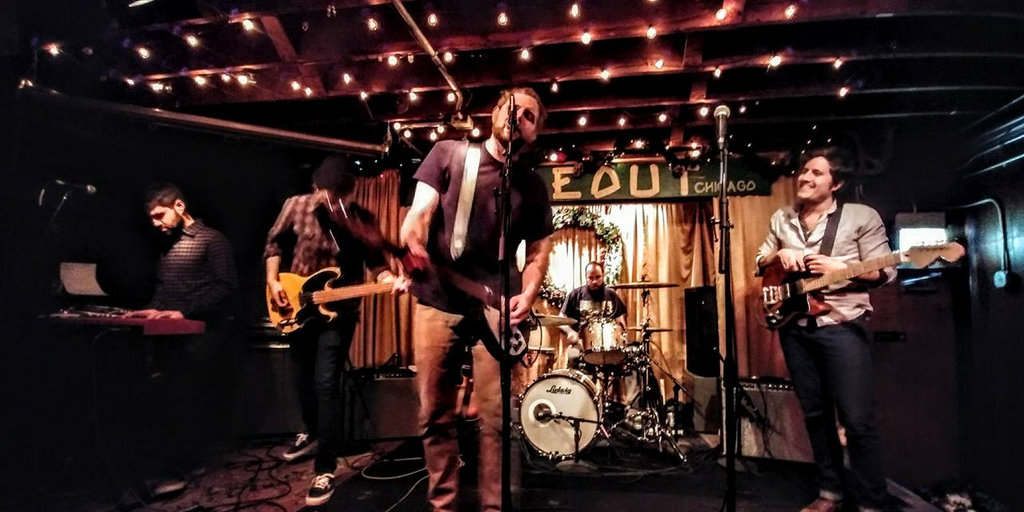 I always wanted The Gunshy to be a band, even when I started using the name for my songs when I was a teenager. I found some friends in Lancaster, PA who made it a band for a little while, then got restless and started touring alone. I kept writing songs (often with too many words), I made records (often with too many instruments) and I toured (often solo).

I met Andrew Bryant in the back of the Hi-Tone Cafe in Memphis in 2003. He was the first person I met who I could talk to about writing songs in a way that didn’t feel forced or self-absorbed. We’ve sat in stools restlessly waiting for venue bars to open many times since then. He stood in my wedding and has become my closest friend.

When I finally did find a band that lasted more than a few months, I knew I wanted Andrew to help us make a record. While I trust and love the guys I play with, Andrew knows more about my songs and where they come from than anyone. Plus, he can play the shit out of the piano, guitar, drums and just about anything else you put in front of him.

So in March 2016, Ryan Ford, Jesse Askren, Andy Sivwright and I drove down to Water Valley, MS, from Chicago. We spent ten days recording these songs with Andrew and Bronson Tew at Dial Back Sound (AA Bondy, T-Model Ford, R.L. Burnside, Seratones, Lee Bains III). Andrew had recorded a few records at Dial Back with his band Water Liars and made the role of producer make sense to me for the first time. The team of Andrew and Bronson helped keep these songs focused. They sang pretty when the song needed it and taught everyone in the band how to do better. They made sure we only put Kell Kellum’s pedal steel on a couple of songs. That thing is so pretty sounding I wanted it everywhere.

The result is Porterhouse. It’s a record about where I could be. Sometimes I feel like it’s where I should be. But my wife’s name is Shanna, not Meagan, and I don’t shop at Safeway. I left Lancaster when I was 24 years old, though I did get a DUI there before I left.

I hope to play my songs with Ryan, Jesse and Andy for a very long time.